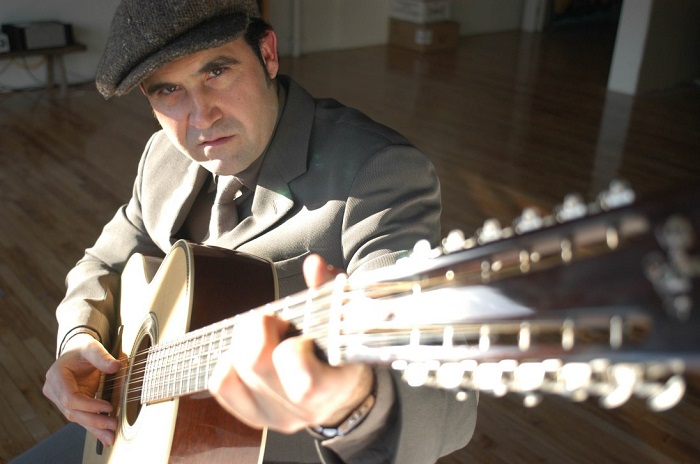 “When a heart bleeds, words can heal…”

David Owen is a Canadian singer-songwriter, guitarist and harmonica player, from Ottawa, Toronto, whose musical journey began in the 1980s. Owen made his debut in 2003 with the album ‘Red Hot Kisses’ and released the EP ‘4 On The Floor’ in 2007, after which it went silent for eight years… In 2015, after a hiatus at the moment, Owen released the album. family and educational reason, ‘Livin’ Life’. We already knew the producer of the album Gary Kendall, because he was also the producer of his EP. The musicians who then sat with him in the Revolution Recording studio in Toronto were bassist Alec Fraser and the (excellent!) multi-instrumentalist Jimmy Bowskill (viola, violin, mandolin, pedal steel and guitar).

The common thread in his new album ‘Oh Suzana Blues’ is the sudden death, as a result of a tragic boat accident on Lake Joseph in the Muskokas, of his wife and the mother of his three children, Suzana. However, it would be months before the estranged singer-songwriter would write the farewell song to his lost love.

Colin Linden (Keb Mo, Lucinda Williams, Bob Dylan) was the producer and guitarist on some tracks on the album, and Owen wrote the eleven songs. Bassist Dominic Davies and violinist Fats Kaplin also collaborated on the recording of the album.

While “Oh Suzana Blues”, “Stella Marie” and “So Lonesome Without You” are the heart and soul of the album and deal with aforementioned tragic loss, Owen also sings about wider issues such as belief in “No God But God” and connection as in and “All Folk Get The Blues” and “Bankruptcy Blues”, the most bluesy track on the album. You can hereby describe Owen’s sound as “sparse”, almost stripped down, which is especially apparent from the title song.

‘Oh Suzana Blues’ is mainly a listening album due to Owen’s acoustic guitar playing. On “21st Century Retro Man”, “Master of Disguise” and “No Good But God” Linden lets himself be resp. can be heard on electric guitar, mandolin and dobro, but otherwise Davis and Kaplin rather stay in the background, so that excess does not affect the lyrics anywhere. If a singer lets us into his heart, it is definitely David Owen, who shares with us his deep emotions, his blues. This makes ‘Oh Suzana Blues’ a special blues album.

“On ‘Oh Suzana Blues’, David Owen lets us look into his heart that bleeds, the heart of a lonely and broken man…” (ESC for Rootstime)